Limerick, PA, August, 2019 – T.P. Trailers and Truck Equipment is a locally owned family business that has been in operation since 1946. We are known to our customers as “The Truck and Trailer People”. We specialize in trailers, truck bodies, containers, snow and ice removal equipment, parts and service. 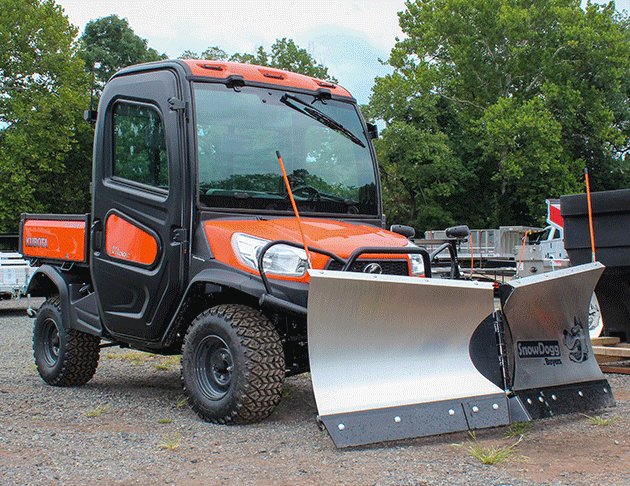 Since 1898, more than 100 years, Erb and Henry Equip., Inc. has been the area’s leader in both agricultural equipment and residential/commercial lawn and garden equipment sales. They are located at 22-26 Henry Ave, New Berlinville, PA 19545. At Erb and Henry Equip., Inc., it doesn’t stop after the sale; they service what they sell and have built their reputation on providing the best customer service and satisfaction.

Erb & Henry Equip., Inc., began in 1898 under the name of Houck & Henry, and was originally located on North Reading Avenue in New Berlinville, PA. It has undergone many changes in its more than 100-year history. Founded by Thomas Houck and Randolph Henry, the company began before the age of the automobile and specialized in selling farm implements as an International Harvester dealer. In 1918, with the advent of the automobile, tractors were introduced to the farm industry and the firm sold its first tractor.

In 1921 the business was acquired by William R. Erb, who was an employee of Houck and Henry. Erb managed the business alone for two years until 1923 when the partnership of Erb and Henry was formed with Isaac Henry. The firm eventually incorporated in 1958 as Erb and Henry Inc. In 1973 the company was purchased by the late Lawrence R. Clauss, Sr., Lawrence R. Clauss, Jr, and Sandra R. Moser, and operates under the name of Erb & Henry Equip., Inc.

Through the years, the volume of business has continued to grow. In 1947 the present store was built and the company moved from North Reading Avenue to Henry Avenue. In 1974, with the advent of larger combines and tractors, a warehouse and shop area was built behind the original buildings to handle the larger equipment. With current additions, the company has again improved its facilities with the customer’s interest always coming first.
Over the years the cornerstone of the company has been parts and service and a commitment to its customers. This policy has not changed at Erb & Henry Equip., Inc. In the late ’70s, the company added computers to their office and parts departments to help make both more efficient.

In 1984, Tenneco purchased International Harvester and became Case/IH. In 1993, with the agricultural industry slowly declining in its area, Erb and Henry Equipment became a Kubota Tractor dealer to better accommodate the changing industry. The company has also been a Cub Cadet Dealership since 1961 when lawn equipment made its debut. The company sells Brouwer Turf Equipment, Grasshopper, Befco, Bush Hog, Rhino, Vicon, Provonost, Land Pride, Meyer Snow Equipment as well as many other short lines.

Erb & Henry has an extensive parts inventory and carries parts for all major equipment lines it sells and services.

As the company heads into the new millennium, they will continue to operate under the same umbrella it has for more than 100 years: Parts, Service and Customer Satisfaction.  Perkins – T.P. Trailers & Truck Equipment, Inc. is happy to partner with other companies who build their reputation on serving customers well and maintaining relationships after the sale.